Or what’s in common between Adele, sex, drugs and music discovery

Adele released her song “Hello” on 23th October and for a couple of days broke several records in the music industry:

– Number one in 23 countries including the United Kingdom;

– Becoming the first song with over a million digital sales in a week;

– The music video for the song broke the Vevo Record by achieving over 27.7 million views within a 24-hour span, which accumulated 20.1 million views in that timeframe;

Adele’s art has always been on the radar but she always manages to surprise us. Her songs have this special ingredient that somehow enchants us and we cannot stop listening the same song over and over again.

But what is it that makes us feel so addicted?

There seems to be a scientific explanation.

Adele’s songs have melodic appoggiaturas (dissonant notes that clash with the main melody) which seem to be particularly powerful causing a physical phenomenon “music frisson”.

You know that feeling when you are cold, you bristle up and your skin looks like this:

These goose bumps can be a reaction of the body called “skin orgasm” when experiencing these rare (or not so much) moments of listening to good music.

According to some studies music can produce strong physical reactions in 80 % of listeners and sensation included trembling, sweating, tingling and even arousal.

It turns out the topic of music and orgasm is not taboo. Here is one suggestion of Urban Dictionary: an experience in which one is moved by music to a level of consciousness which is characterized by feelings of ecstasy, omniscience, immortality, and sublime understanding.

“You see a similar response when people take drugs or have sex, which may explain why we find shiver-inducing songs so addictive.” Shares David Robson in his article about skin orgasm.

Probably music addiction is not that bad. On the contrary – nowadays there are so many unhealthy temptations that music orgasm seems to be the blue pill no one will say no.  The pink glasses everybody wish to wear no matter the fashion and whether they suit you or not; the human background we all agree to have no matter the history battles; the future we all want to share no matter the Earth resources; the alphabet we all know and the language we all speak no matter the name of the home town, the way we all take together – up and in, out and down.

If music takes so big and important part of our life it is no wonder why the question “What music are you listening to?” has such tremendous meaning during that 1st meeting with that dream date. What if you happen to find that special person with whom you can share your passion for music?! Would not that be the ultimate orgasm? The infinite source of pleasure you can have anytime, anywhere, anyhow. The happiness we are all searching for.

Last but not least

One has described being happy as a signal, a noisy one. It’s up to us have the musical version of that noise and construct the soundtrack of our own fate.

We might start with Adele. Or continue with playlists someone has already compiled. Or we can start digging, discovering and finding personal music via Enso creating our authentic preferred noise which make us the happiest.  Maybe we should try to reach out for that ultimate orgasm of that everlasting eternal moment of rediscovering ourselves over and over again. Forever.

Nadal: "Djokovic is the top favourite to win the Australian Open. If he wins, we will congratulate him, he will have done something historic, and that's it. My life is not going to change." ✌️ 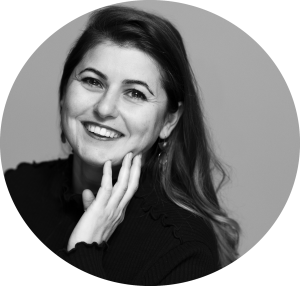 Originally from small town Asenovgrad, graduated high school in Plovdiv and Masters in International Relations from Sofia University; In 2015 I co-founded ESCREO and since then I have been passionate about entrepreneurship and community building. FEB co-founder; Forbes #30under30, YTILI & EIR Alumni; former Teenovator mentor; Entrepreneur in Residence for FI, Currently the driving force behind CEO Angels Club and TEDxVitosha co-organizer.